Situated on routes running north to south and east to west, Dorking was a natural trading centre for the surrounding manors and hamlets. 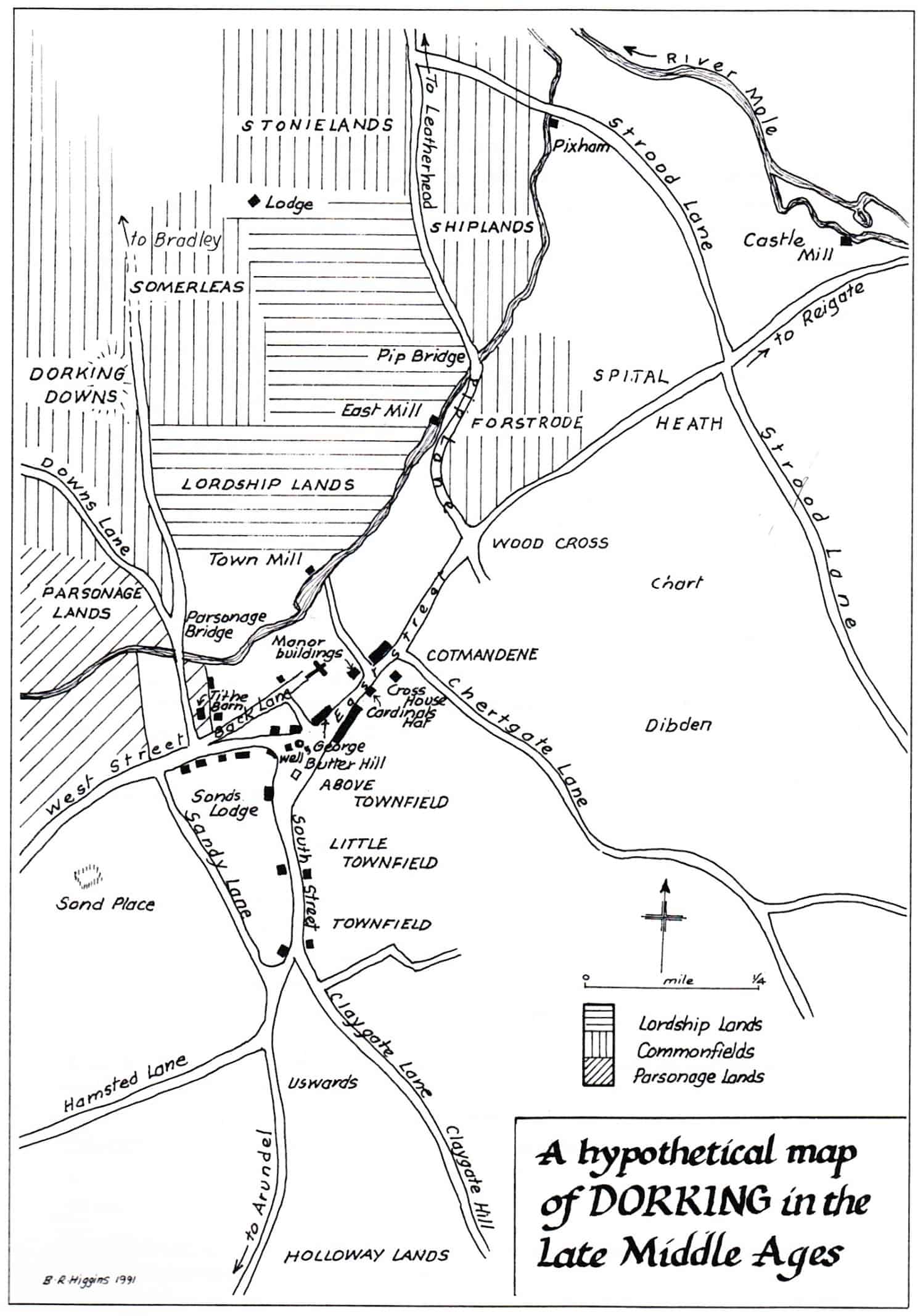 During the Middle Ages a market was held twice a week around the well at Pump Corner in the centre of Dorking. Here smiths, skinners, weavers, tailors, shoemakers and leather workers, bakers, brewers and butchers would congregate to sell their goods and offer their skills. Two inns catered for travelling merchants and artisans: the Cardinal’s Hat on East Street (now the High Street) and the George opposite.

Most people made their livings on the land. They had to transport wood out of the Holmwood and Ashcombe woods for the markets of Kingston. They needed permission from the lord to marry, to leave the manor, and to transfer land. At the lord’s open air courts they were sentenced for offences such as throwing refuse into the streets, brewing without a licence, selling underweight bread, felling timber without permission, or taking the lord’s rabbits.