Norman Sadler was born in the fourth quarter of 1894 in Dorking, Surrey.

He seems to have been brought up by his uncle George Jeater, a house painter and aunt Sarah Jeater nee Longhurst.

At the time of the 1901 Census, George Jeater and his wife Sarah were living at 78 Rothes Road in Dorking. Together with them lived their two daughters Sibyl Jeater, a dressmaker and Clementine Jeater, Sarah’s widowed mother Caroline Jeater, a boarder gas fitter George Porter and six years old nephew Norman Sadler. George Jeater was working as a house painter.

At the time of the 1911 Census, George and Sarah still lived at 78 Rothes Road in Dorking. Their nephew Norman Sadler was working as a grocer. The family had a lodger John Lincoln, a gas works stoker. The house had three bedrooms and two living rooms.

Norman Sadler enlisted into the Household Cavalry and Cavalry of the Line (incl. Yeomanry and Imperial Camel Corps) in Dorking. He became part of the Surrey Yeomanry (the Queen Mary’s Regiment). At this time he resided in Dorking. Norman became a private/trooper with a regimental number 2212.

Noman Sadler is commemorated on the South Street Memorial and St Martin’s Church Memorial in Dorking. 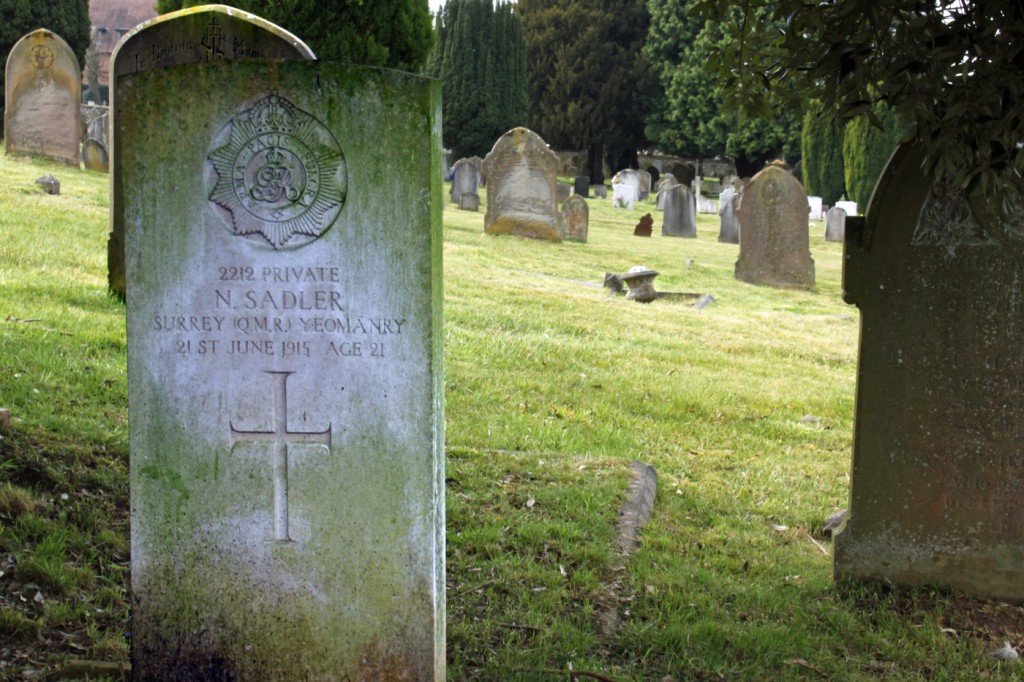