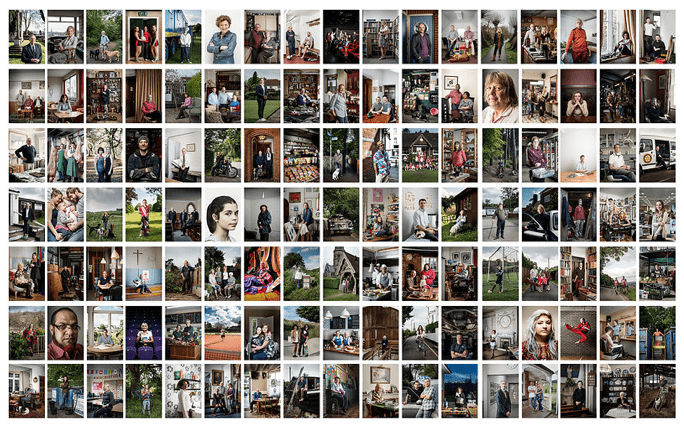 Andrew Shaylor is a professional photographer working mainly in the editorial sector. He specialises in portraiture, landscapes and travel photography. The Dorkinians project arose from a commission from a local company to take a series of photographs of local people and organisations. 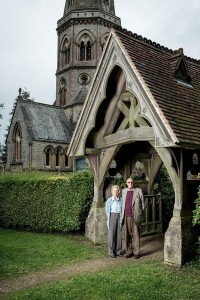 The montage is made up of 119 portraits of 200 people, approximately 1% of the population of Dorking.

Trying to establish what life in Dorking is like, who lives there and who visits the town, Andrew wanted to collect portraits that would present a fair, diverse and honest representation of people who either live, work, visit, go to school or have some reason to be involved with Dorking.

Andrew describes the process of creating the montage.

“It was a question of finding people who were willing to sit (or stand) for me. I wanted to try and illustrate the diverse nature of a town that might fairly be considered Middle England. I photographed some who had lived in the town all their life, I photographed a two day old baby boy, and I photographed a clown who was visiting Dorking for a few days with the circus. I also thought it important to represent the pillars of the community, places where community resides. To this end I approached 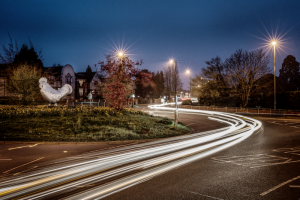 churches, supermarkets, scout groups and public places and institutions. As the project progressed I began to think about the landscape of Dorking and its history. I started to think about how the topography of a place may affect its population, in the past, present and future. To this end I photographed, and will continue to photograph the landscapes of Dorking, as well as some of the collected bones and fossils found in the towns museum where some of Dorkings’ former residents preside. 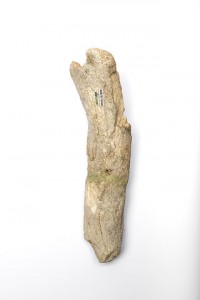 I should take this opportunity to thank all those who took part in the project, as well as those who helped direct me to many of the people photographed.

To see more of Andrew’s work – visit his website http://www.shaylorphoto.com/