Thank you to Elizabeth Simmons for this research.

Charles William Humphris was born in 1879/1880 in Kidlington, Oxfordshire.

His parents were Joseph and Harriett Humphris. His father worked as a Forage Contractor.

In 1907 Humphris married Alice Maud Mary Darke on 22 September 1907 at the Parish Church of St George in Birmingham. They were both 29. Joseph and Harriett Humphris were both present at the wedding, along with Alice’s mother Ada Darke. On his marriage certificate, Charles William Humphris is listed as being a caterer. At the time of their wedding both Charles and Alice are listed as living at 31 Constitution Hill in Birmingham, which at that time was a thriving industrial area.

In the 1911 census, when the couple had been married for 3 years, they are listed as still living at 31 Constitution Hill in Birmingham, although now Humphris is listed as a refreshment shopkeeper. According to this census both he and Alice are now living with Flossie Richards who is 13 and listed as a domestic assistant.

The Royal Army Medical Corps was not a fighting unit and its members did not carry weapons, however they did experience the full effects of the war. The Field Ambulances were part of a mobile medical unit which were assigned to a Division. The 4th London Field Ambulance that Humphris was attached to, was linked with the 47th (2nd London) Division, which was one of the first units to go to France in 1914 to provide support to the British Expeditionary Force. In theory the total number of causalities that a Field Ambulance could look after was 150 although this was often largely exceeded during battles.

A Field Ambulance relied on horses to pull much of their equipment, including a total of 23 wagons made up of 10 ambulance wagons, 6 general service wagons, 3 watercarts, 3 forage carts and a cook wagon, along with a bicycle. However, by the end of 1914, 7 motorised ambulances were attached to the Field Ambulances.

On 6 February 1915 Humphris died in Dorking. It is not known how he died, but it is only listed as accidentally killed. He was 34. 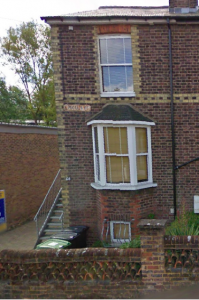 In the censuses after the end of the First World War Alice Maud Mary Humphris can be seen living in Dorking at “Fairview”, 44 Lincoln Road, Dorking, where she remained until 7 November 1958 when she died. It is possible that she may have moved to Dorking during the First World War, and that is why her husband died there. 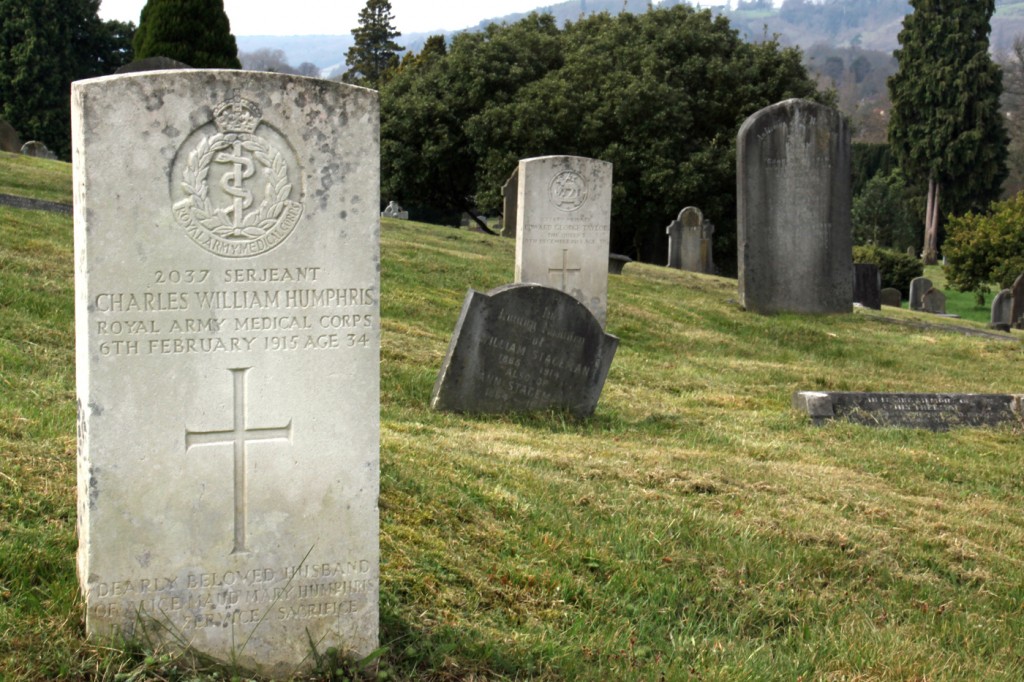