Walter Castle was born about 1866 in Reigate to Jane Castle and James Castle, a labourer.

Walter had a fresh complexion, grey eyes and light brown hair. He was a member of the Church of England. He had a scar on left thumb and on back of right hand. His height was 5 feet and 4 inches.

During the 1881 Census, the nineteen years old Walter was a boarder to William and Louisa Brooker at Black Horse Yard in Dorking. Also in the house were his future wife Ellen Brooker, her siblings Rebecca and Charles and another lodger. Walter was working as a carter.

On the 30th of May 1884 Walter obtained a Fourth Class Certificate of Education. This was lowest educational certificate which involved simple reading and the ability to complete a few easy sums at purportedly the level of an 8 year old.

While at home Walter was during the 1891 Census still lodging with his future wife Ellen’s parents William and Louisa Brooker at No. 2 Black Horse Yard in Dorking and was working as a general labourer.

On the 25th of December 1891 Walter married after banns Ellen Brooker at St Paul’s in Dorking. At the time of their marriage Walter still lived at Black Horse Yard and he worked as a labourer. Ellen lived at 60 Orchard Road and was working as a domestic servant.

By the time of their marriage Walter’s father James was dead.

At the time of the 1911 Census the family moved to 2 Jubilee Terrace in Dorking. Walter was working as a coal porter, his daughter Lily Ellen as a domestic servant and son Walter Charles as a telegraph messenger. In the 3rd quarter of 1903 Sidney George Castle was born in Dorking, the couple’s last child. The house had 5 rooms and two boarders: a labourer and a postman.

On the 3rd of December 1915 Walter was discharged from the Army being found medically unfit for further service at 335 Harrow Road NW. Medical board stated that his condition was not a result of military service, being of unknown origin and was permanent. He was in the Territorial Force for 1 year and 28 days during which time he was serving at home. 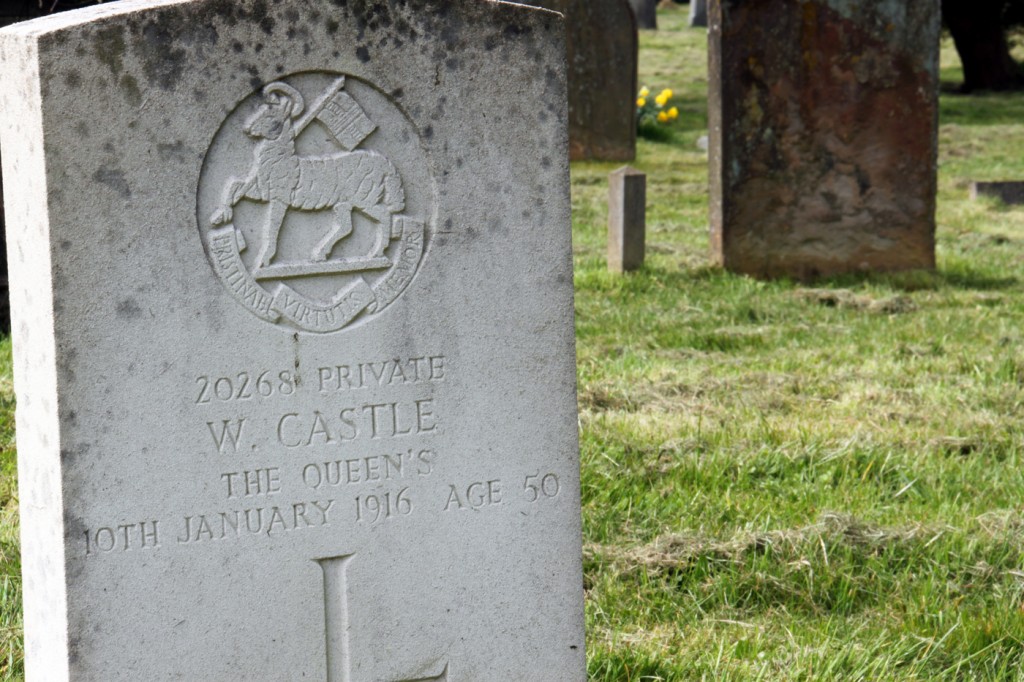