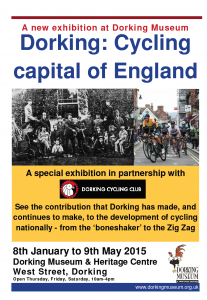 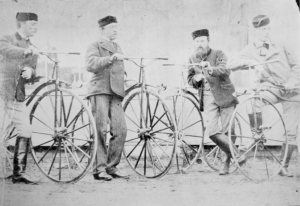 Dubbed by some as the ‘cycling capital of England’, Dorking has been at the forefront of both leisure and competitive cycling from as early as the 1890s, when the countryside around Dorking was a magnet for cyclists. 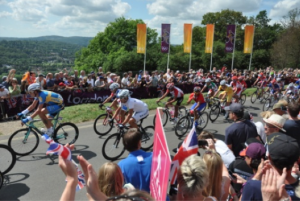 It has become more popular then ever, thanks to the world famous Zig Zag road of Box Hill featuring prominently in the London 2012 Olympics. 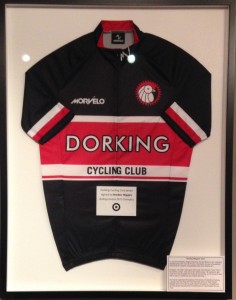 From the early ‘bone shakers’ to the popularity of cycle touring clubs and summer camps. The development of cycle road racing from the illegal races of the 1920s to the 2012 Olympics.

A Festival of Cycling

From Secret Races to the Olympics

The Battle for the Road

Read what the media has to say about our Exhibition