The Junkers was crewed by four young men, their average age just 21:

Pilot Straube had loved building model aircraft as a child. On leaving school he had been apprenticed as a locksmith and precision engineer. But he had always wanted to fly and trained with the Luftwaffe.

‘He wanted to get to know other countries and other people,’ said his sister, Antje Stuchly. ‘That he had to drop bombs on other countries, towns and people (albeit under orders) was something he had not thought of and it bothered him greatly’.

The youngest crew member, Gunner Wende had been awarded the Iron Cross 2nd Class just two weeks before the fatal crash; he carried his medal citation in the plane with him. 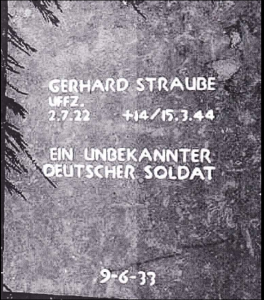 The crew were originally buried in Dorking cemetery but later moved to the German military cemetery at Cannock Chase.Just after 23.41 hours on the night of 14th March Straube was piloting the Junkers homewards over Mole Valley. He had been briefed to turn east between Reigate and Horsham and to head towards Beachy Head and from there to cross the Channel to the French coast.

At 22.14 hours that evening an RAF Mosquito MKIII nightfighter of No.96 squadron took off from West Malling airfield in Kent. It was piloted by Flight Lieutenant Norman Head and crewed by navigator Flying Officer Arthur Andrews.

The pair were an experienced team and by the time the Mosquito returned to base two hours later they had downed two enemy planes. 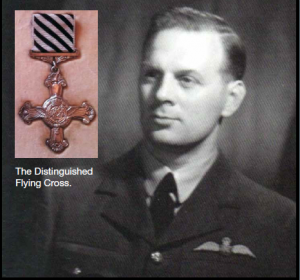 Flight Lieutenant Norman Sidney Head DFC was 32 in 1944 and a very experienced pilot. He went on to head 125 Squadron flying Gloster Meteors. He was officially credited with four enemy aircraft destroyed, two more probably destroyed, (all in 1944), and seven V1 rockets destroyed. He is officially recognised as an “Ace” with 11 confirmed aerial victories. 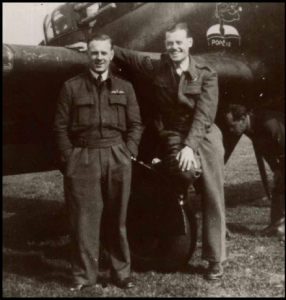 Norman Sidney Head (left) and Arthur Charles Andrews in 1943 in front of their Boulton Paul Defiant. The pair worked as a team over a prolonged period and were both awarded the Distinguished Flying Cross a few months later.

Medal citation from the London Gazette, 2nd June 1944 which specifically mentions the two planes downed on the night of March 14th.